In the previous blog post I pointed out the claim that the pre-4th century church did not recognize the authority of the four Gospels is self-refuting when you consider exactly who the early church was. Their very existence, identification, and organization composed a robust quality control system of the Gospel narrative, consistent with the four Gospel accounts of their origin. In contrast, the Nag Hammadi documents, upon which alternative histories are imagined, represent no identifiable group of people. Therefore, to claim that the early church did not recognize the four Gospels as authoritative, and that the “lost Gospels” were true, is self-defeating. The only authoritative body in existence to make such determination was the very one who produced the four Gospels. If the lost writings were accurate, there would be no Christian church to ask this question of. So again, we see that revisionist history is make-believe.

Gnosticism in the 1st century was not a people, recognizing authoritative documents; rather, it was an amorphous mixture of Greek philosophy and sketchy Christian theology with differing schools of thought that evolved with scarcely recognizable cohesion well into the 2nd century.  In the decades immediately following Jesus, there was no formal Gnostic church with a competitively viable alternative historical record. In the 1st century, the only Christian assemblies were those of apostolic origin.  These churches were committed to what we know as the traditional, historic message of Jesus. 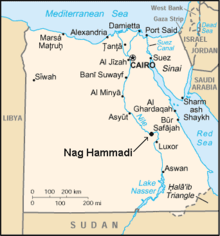 Furthermore, the early church openly opposed those incipient false teachings, and in some cases, the very documents unearthed in Nag Hammadi. In this post, I will take a look at another significant, related aspect of the Da Vinci Code Perspective claim of the church’s recognition of the Gospels’ authority. Borrowing from Michael Kruger’s book, The Question of Canon, he asks in chapter four, “Were the New Testament authors unaware of their own authority?” And in chapter five, “Were the New Testament books first regarded as scripture at the end of the second century?” I think these are great questions to pursue that help us understand why I champion the traditional church record and not the re-constructed historical record. If the Gospel authors understood they were writing authoritatively in the context of a close-knit, organized, message-driven group—which they were—then the claim that the four Gospels were not authoritative until the 4th century is obliterated. Kruger’s book is rather technical, it has to be to pass muster, but I’ll try to hit the highlights. After all, claims have to be supported.

Chapter four argues along similar lines of my previous post, the authority structure of the church. The twelve apostles (Judas Iscariot replaced by Matthias) plus the one “untimely born,” Paul, were the highest office bearers in the first Christian church. These were the men hand-picked by Jesus. When determining who would replace Judas Iscariot, Peter set fort the criteria “Therefore it is necessary that of the men who have accompanied us all the time that the Lord Jesus went in and out among us—beginning with the baptism of John until the day that He was taken up from us—one of these must become a witness with us of His resurrection.” Acts 1:21-22.  With the risen Christ ascended, His select men were given authority, demonstrated in the signs and wonders (miracles) that mimicked Jesus’s. Apostolic authority was so highly valued that the copy-cat Gospels, as well as later fringe churches, manufactured apostolic connections to gain a hearing.

Paul’s epistles provide the most straightforward expression of the significance of apostolic authority. As the 12th hand-picked apostle, some two years after Jesus’s resurrection, his authority was the most questioned. Therefore, he defends his credentials in several places. The point here is that the church did not blindly follow anyone or any teaching, apostolic authority was required. Was that authority recognizable within the four Gospels?  is Kruger’s topic. He states, “Our thesis is a simple one: New Testament authors, generally speaking, demonstrate awareness that their writings passed down authentic apostolic tradition and therefore bore supreme authority in the life of the church” (pg. 121). New Testament scholarship has concluded that the Gospel of Mark is a record of the witness of Peter. The Gospel is replete with evidence for this. Kruger adds, “Aside from the fact that Mark’s connection to Peter was well known among the early church fathers and it is attested by other parts of the New Testament.” (pg. 133-34).

Likewise, the historical attestation and internal evidence of the Gospel of John links it to apostolic authority. Whether you hold to its self-proclaimed authorship (John) as the apostle or the later “elder” John, the connection between John 15:27 and 21:24 is clear: In 15:27 Jesus prophesied, “You will also bear witness because you have been with me from the beginning” and in 21:24, “This is the disciple who is bearing witness about these things, and who has written these things.” (Kruger pg. 137). Now, let’s briefly consider each of the four Gospels.

Luke’s expressed purpose for writing was to pass along the apostolic, authoritative traditions: “Inasmuch as many have undertaken to compile an account of the things accomplished among us, just as they were handed down to us by those who from the beginning were eyewitnesses and servants of the word, it seemed fitting for me as well, having investigated everything carefully from the beginning, to write it out for you in consecutive order, most excellent Theophilus; 4 so that you may know the exact truth about the things you have been taught.”

The evidence in Matthew is less straightforward but still present. Stylistically, it follows Luke in how it mimics Old Testament scripture. These patterns are deliberate and communicate a connection of continued, divine truth. You will have to read the book to get the nitty-gritty details. 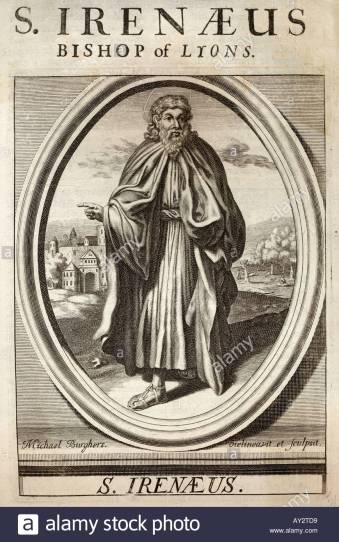 Kruger’s chapter 5 takes the next step from the Bible’s self-attestation of apostolic authority to the recognition of such by the 2nd and 3rd century church fathers. As Kruger notes negatively, “If these books [New Testament] were not written to be Scripture, then we should not expect to see them used as Scripture until a much later time in the life of the church.” (pg. 156.) The historical evidence is positive. We do see the next generations using them as Scripture (as divinely authoritative). Kruger points out that current New Testament scholarship places the date of the church’s acceptance of the books as Scripture in the end of the second century. That is largely based on the writing of Irenaeus, Bishop of Lyons. “Most notable is his affirmation that the four Gospels were so certain that their existence is entrenched in the very structure of creation….”

I will leave the support for my argument there. Considering that even non-Christian scholars recognize the church’s use of the Gospels in the 2nd century,  the Da Vinci Code Perspective of a 4th century date is dealt another death-blow.

My final, upcoming, post not only summarizes and provides some helpful resources for further study, but it also takes on a reflective nature and asks the skeptic to consider his skepticism in light of these very clear historical facts.