This addendum to my blog series is given as a disclaimer of sorts, and as another teaching opportunity. I think it is necessary for me to explain my current position on why and how I could publicly post a reasoned defense of the existence of God using science, when I consider myself a Reformed Baptist. For, most adherents of Reformed Theology in our day align themselves exclusively with Presuppositionalism…seeing absolutely no place or purpose for such a discussion. Actually, there are those who go so far as to say it is unbiblical to do so. But I disagree. I also am an evidentialist, because I believe the Bible uses both apologetic philosophies. I believe they both have a proper place in defending the faith. 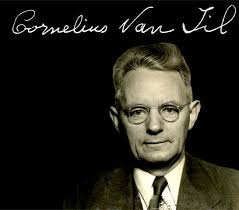 The term “Presuppositionalism” refers to that apologetic philosophy set forth by Cornelius Van Til at Westminster Theological Seminary from 1929 to 1972. The term refers to those things that Christians know, or presuppose, about God as revealed through the Bible. From verses such as Romans 1:18-ff, we learn, via special revelation, that mankind inherently knows there is a God, but that alone is insufficient for saving faith. In fact, the passage tells us that men even suppress the minimal knowledge of God they do have. By contrast, Christians have been given the very Spirit of God who sheds the light of truth, saving knowledge as set forth in the Bible, in them. Saving faith is a gift of God, supernaturally and Providentially given to them. Therefore, they have a completely different worldview than the unconverted. And since salvation is imparted TO men, the only worthwhile communication in our apologetics is the Truth of God’s word.

Christian theologian John Frame explains, “These facts pose a problem for apologetics. Non-Christians do not share the presuppositions we have discussed. Indeed, they presuppose the contrary, as they suppress the truth. The job of the apologist, trusting in God’s grace, is to persuade the non-Christian that the biblical presuppositions are true.” (“Presuppositional Apologetics”  May 23, 2012. Article found here.)

Frame further explains the position by showing us that if the apologist (evangelist) attempts to meet the unconverted man where he is in his thinking, accepting the atheist’s own presuppositions for the sake of argument, then he cannot help but come to wrong conclusions. It is argued that the Christian’s place is to proclaim Christian truth so that God can use that appointed means to bring salvation. To apply this to my blog, the presuppositionalists would point out that it does no good to defend the faith using science, because science and human reasoning will not bring the soul to be in conflict with his sin and show him his need for Jesus as Savior.

Those are all points well taken. And I indeed agree that there is no salvation via science. I disagree that it is the ONLY weapon in our God-given arsenal.

I have to admit that my adoption of evidentialism, along with Presuppositionalism, into my apologetic system is in large part due to the book Classical Apologetics: A Rational Defense of the Christian Faith and a Critique of Presuppositional Apologetics by R.C. Sproul, John Gerstner, and Arthur Lindsley. (You can view a brief summary by R.C. Sproul in this video clip.) The book argues that Presuppositionalism is really nothing more than fideism. Fideism as defined by Webster’s dictionary is “A reliance on faith rather than reason in pursuit of religious truth.” Sproul uses it pejoratively, claiming that the Christian church, merely followed liberal theology and post-modernism having “been severely crippled by the Enlightenment. Ours is perhaps the most anti-intellectual era of Christian history, despite our positive support for scholarship, research and technology (Classical Apologetics, pg. 12). He argues in the book that the very goal of the Apostle Peter’s appeal for us in 1 Peter 3:15 is to give a reasoned defense of or faith. I have to agree with Sproul, et.al., on this. We see Paul reasoning with the Jews. Acts 17:2 “And according to Paul’s custom, he went to them, and for three Sabbaths reasoned with them from the Scriptures.” True, it says “From the scriptures.” But later in verses 22-31, we read of Paul also standing the midst of the Aeropagus and using the Greek gods as a launching point for reasoning with them.

Evidentialism is part of Classical apologetics. I separated here to point out that it is the specific rational argumentation that focuses on “Evidence.” And evidence was such a huge part of my blog series as it dealt with Intelligent Design. The Intelligent Design philosophy is one sophisticated and detailed presentation of the Cosmological and Teleological arguments. That is, it looks at the universe and all it contains and reasons that the complexity and orderliness and grandeur of it all proves God. Furthermore, due to the basic knowledge that every effect had a cause, the first cause is God—the only truly eternal, and self-existing being. I am fine with using this approach as well because I think Jesus also used evidentialism.

In John 10:38, Jesus was again confronting the Jews and proclaiming His deity to them. They naturally picked up stones to kill Him for it. In His discourse with them, Jesus said to them, “do you say of Him, whom the Father sanctified and sent into the world, ‘You are blaspheming,’ because I said, ‘I am the Son of God’? If I do not do the works of My Father, do not believe Me; but if I do them, though you do not believe Me, believe the works, so that you may know and understand that the Father is in Me, and I in the Father.” In this one episode, we see Jesus both proclaiming truth (score for the presuppositionalists) and also appealing to them using evidence (score for the classicists and evidentialists).  Also there was the time Jesus dealt with “Doubting” Thomas as recorded in John 20: 27 “Then He said to Thomas, ‘Reach here with your finger, and see My hands; and reach here your hand and put it into My side; and do not be unbelieving, but believing.’” Clearly Jesus condescended and met Thomas where he was, so to speak. 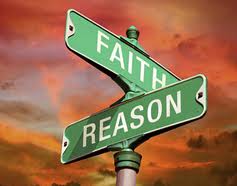 For the reasons given above, I am inclined to incorporate both systems of apologetics in my evangelism. I think it is perfectly biblical and Christlike to be—as John said of Jesus—full of grace and truth. Being full of grace, I would argue, means being respectful to people and starting the conversation from where they are.

I have had many occasions to do this in my line of work in the technology field. I work with people who are highly educated in the field of science, typically Electrical Engineers. They are thoroughly a thinking, and highly analytical group of people. And like most in our world, they have been indoctrinated into the evolutionary theory of origins. The Bible to them is simply myth and they see Christians stereotypically as fideists who ignore science. Admittedly, I have never “reasoned” anyone into the Christianity. I do not think the classical apologist would every claim that could be done either. But what a classical and evidentialist approach has done, is gain there respect and challenged their worldview. And when it is done winsomely, it surely puts us and him in a better position to proclaim the truths of God’s word.