If you have been following my argumentation in this blog series, you know that I have laid out the Intelligent Design position as set forth by Dr. Steven Meyer in The Signature in the Cell, flavored with my input as a Semiconductor Failure Analysis Engineer. The Intelligent Design philosophy interprets scientific data and concludes that a paradigm shift is needed in the scientific community. They argue, and I think successfully, that Darwinism fails to hold up under the “quality control” system of science.

From a theological viewpoint, Intelligent Design is limited because it operates in the realm of “General Revelation”—revelation about God that is known generally, by all people observing the natural world. That means that it can tell us THAT there is a Designer, but it cannot identify WHO that Designer is. Anti-religionist and scientist Jerry Coyne uses that fact to argue against religion’s claim for God altogether. In refuting Alvin Plantinga on the point that men have an inherent knowledge of God, Coyne says, “even if we had such divinely installed sensus, it’s not evidence of Plantingas’ Christian God as opposed to any other God” (Faith Vs. Fact, pg. 179). The same would apply to any scientific evidence that could be conceded. In other words, he is stating that if one could convincingly prove God using science, it would not tell us whether that God is the God of the Bible or any one of the thousands of Hindu gods, etc.

However, I think the same methodology of abductive reasoning that Meyer uses to prove a Designer can prove that the Designer is none other than the God of the Bible, Jesus Christ. In order to accomplish this task, I will divide the parts into proving the veracity of the Bible and then the historicity of Jesus. If the two are true, then the claims of the Bible by and about Jesus are true.

In Chapter 18 of Signature in the Cell, Meyer lays out four distinctive characteristics of historical science that support his reason for defining Intelligent Design as science. Likewise, in my opinion, the wealth of literature that has been generated and artifacts discovered over the centuries has proven the authenticity and veracity of the Bible, including the person and works of Jesus Christ.

In a previous blog, I used the example of Napoleon as a historical figure that no sane person doubts existed. There are paintings of his likeness, artifacts, documents, and his political and historical legacy that authenticates his existence. Obviously, as we travel farther back in time, historical records become fewer due to decay and the lack of wide-scale production. Yet, there is a science devoted to authenticating ancient works. The Bible, by far, has been the most scrutinized book in history with fierce opposition to it, even though it stands head-and-shoulder above its contemporary, ancient works. The information on this subject is prevalent. I will therefore, summarize the main points and provide internet resources for you to read more thoroughly on it. 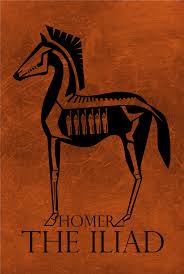 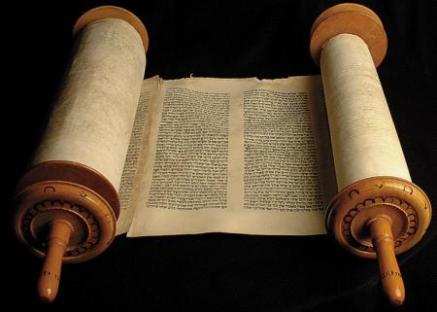 The most common “reason” I have heard from non-Christians for not trusting the Bible is, “It has been copied and recopied so many times that we cannot know if what we have today is actually what was originally written.” I always respond to these skeptics by saying, “I understand how you could think that and it seems reasonable to you. However, have you ever studied how the Bible was handed down? Are you aware that thousands of partial manuscripts exist with some dating to the 2nd century and that scholars have meticulously combed through them and have confirmed that we have accurate translations?” The answer is always, “no”—in my experience. I also inform them that the Bible was not a single book that was passed along linearly. To use computer terms, it was not transmitted serially, but in parallel.

CARM (Christian Apologetics & Research Ministry) has a table of comparative data showing the Bible’s superiority to other ancient documents in terms of reliability. I have come across this data in many other settings and understand it to be accurate. The reliability of ancient manuscripts considers the span of time between the original writing and the first extant copy, the number of copies, and the accuracy of those copies when compared to one another. The closer in time between the original writing and the first copy, the better. For the sake of brevity, I will compare only two to the Bible, Aristotle and Homer’s Iliad. To begin with, I have never found anyone who doubts the existence of either Aristotle or Homer. I know of no one concerned with or doubting that Homer is the author of the Iliad. According to the chart mentioned and linked above, Aristotle wrote his works between 384 and 322 B.C. The oldest copy is from A.D. 1100, which is 1,400 years removed from its original. There are 49 copies. Apparently, the accuracy of those copies has not been quantified. Homer’s Iliad was written in 900 B.C. The oldest copy comes 500 years later, in 400 B.C. There are 643 copies with a 95% accuracy rate. The New Testament was written as separate letters and historical accounts from 50 to 100 A.D. The oldest copy (which is a fragment of the Gospel of John, known as “P52” or “Rylands Library Papyrus P52”) is dated near 130A.D. which is less than 100 years after John’s Gospel account was written. There are 5,600 copies of various portions of the New Testament. The accuracy of those copies is 99.5%. As you can see, the reliability of the New Testament is superb and has no comparison. As I said earlier, there is no shortage of opposition to every claim made. Therefore, the exact date of P52 has been questioned. Just pull up the Wikipedia article for some leads. 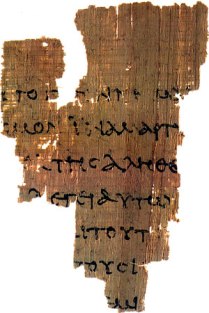 P52 also provides for us an example of Historical Science at work. How does one date ancient manuscripts, in this case, made of papyrus? One way, which the Wikipedia article taught me, is through “paleography.” (You too can learn paleography at The National Archives website.) Like the studies of origins by the scientific community, Biblical studies—as an ancient document— use dating methods to determine age. Therefore, we can include the dating of those 5600 copies of the New Testament as “science.” Furthermore, there is science behind quantifying the 99.5% accuracy of those copies.

That extremely brief mention of the comparative reliability of the manuscripts is meant to whet your appetite and introduce you to the world of Textual Criticism and to make the larger point that there is indeed science behind Historical Science which is used in verifying the Bible. It also serves to counter the common view that the Bible has been copied too many times to be trustworthy. Such statements are simply said out of ignorance. Most people simply do not know and have not questioned that assumption.

It is one thing to determine that the Bible we have in front of us today is THE Bible that was written so long ago. It is another thing to determine if the accounts within the Bible are true. For instance, there are other 1st Century documents that make claims about Christ that Biblical scholars reject as being NOT true. These documents are known as the Gnostic Gospels. Here is an article about them on PBS.org. This question is also answered using abductive reasoning, looking at the evidence, and determining the best explanation which holds up logically and against scrutiny. 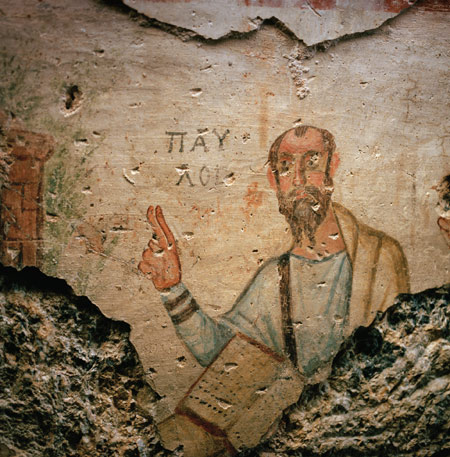 That study does start with the Bible’s own claims. The New Testament authors state their purposes in writing. For instance, the New Testament historical books (The Gospel of Luke and The Acts of the Apostles) written by the doctor, Luke begins his account by saying, “Inasmuch as many have undertaken to compile an account of the things accomplished among us,  just as they were handed down to us by those who from the beginning were eyewitnesses and servants of the word, it seemed fitting for me as well, having investigated everything carefully from the beginning, to write it out for you in consecutive order, most excellent Theophilus; so that you may know the exact truth about the things you have been taught.”

The “eyewitness” also wrote about what all had happened. The Apostle John states, “What was from the beginning, what we have heard, what we have seen with our eyes, what we have looked at and touched with our hands, concerning the Word of Life—and the life was manifested, and we have seen and testify and proclaim to you the eternal life, which was with the Father and was manifested to us— what we have seen and heard we proclaim to you also, so that you too may have fellowship with us; and indeed our fellowship is with the Father, and with His Son Jesus Christ. These things we write, so that our joy may be made complete.” It is noteworthy that these authors, who learned from Christ and taught others about holiness, integrity, and telling the truth are making these claims. There is nothing that would suggest these men lied. It would be contrary to the Christian faith and unlikely that they would preach and suffer imprisonment and death for a deception.

Nevertheless, such arguments are written off by skeptics. Therefore, we turn to extra-biblical accounts. The most important references made to Jesus and Christianity is by the contemporary Roman historians Tacitus and Josephus. Tacitus, (circa 56-120 A.D.) wrote in his Annals15.44

“Nero fastened the guilt and inflicted the most exquisite tortures on a class hated for their abominations, called Christians by the populace. Christus, from whom the name had its origin, suffered the extreme penalty during the reign of Tiberius at the hands of one of our procurators, Pontius Pilatus, and a most mischievous superstition, thus checked for the moment, again broke out not only in Judaea, the first source of the evil, but even in Rome…”

Josephus gives far more information in his writings Jewish Antiquities. In 18.3.3§63, he states,

About this time there lived Jesus, a wise man, if indeed one ought to call him a man.  For he was one who performed surprising deeds and was a teacher of such people as accept the truth gladly. He won over many Jews and many of the Greeks. He was the Messiah. And when, upon the accusation of the principal men among us, Pilate had condemned him to a cross, those who had  first come to love him did not cease.  He appeared to them spending a third day restored to life, for the prophets of God had foretold these things and a thousand other marvels about him.  And the tribe of the Christians, so called after him, has still to this day not disappeared.

As you can see, it is very easy to quickly fill up a lot of space covering the vast amount of information dedicated to proving the veracity of the Bible and its historical records. The entirety of the study is apportioned to that field known as Historical Science, which Stephen Myer also uses as the foundation for Intelligent Design. The science supports the Bible’s claims because of its proven authenticity and reliability as an ancient document, by its internal evidence, and the external evidence. I will write a final blog entry to summarize the series and to discuss the Bible’s claims about origins.